November is here, and Nanowrimo with it! Huzzah!

This year, I was going to have an Outline. A proper outline, with the main plotlines all neat and organised, and the major incidents all plotted out. Aww, self, so optimistic.

Well, suffice it to say that as a) I am more of a pantser than a plotter at the best of times, and b) my October was so full of academic busytimes (fun busytimes! good busytimes! but omg so busy!) – I didn’t have much time or energy to plan in great detail. Yes, I’ve had a lot of stuff about this forest world and had general ideas percolating for a while now. I’ve got some history thought out, and sort of a general plot idea, and some characters. But no detailed outline.

Now it’s Nano time, and I’ve decided, OK, screw it, I’m going the tried and true “just start writing and figure out the plot as you go” route. It’s going well so far! I had a horrible time trying to get started today, but once I got some crap written, I suddenly came up with an idea as to how FMC#1 gets to start on her journey. And now I’ve got Chapter 2 sort of planned, too. Also, I have an idea for an ending! So I think it’ll be all right. I’m hoping to have lots of fun, anyway.

Oh yeah, even though I failed at plot-prepping, I did make a map a while back, though! Check it out (still attached to my drawing board with beautiful masking tape)! 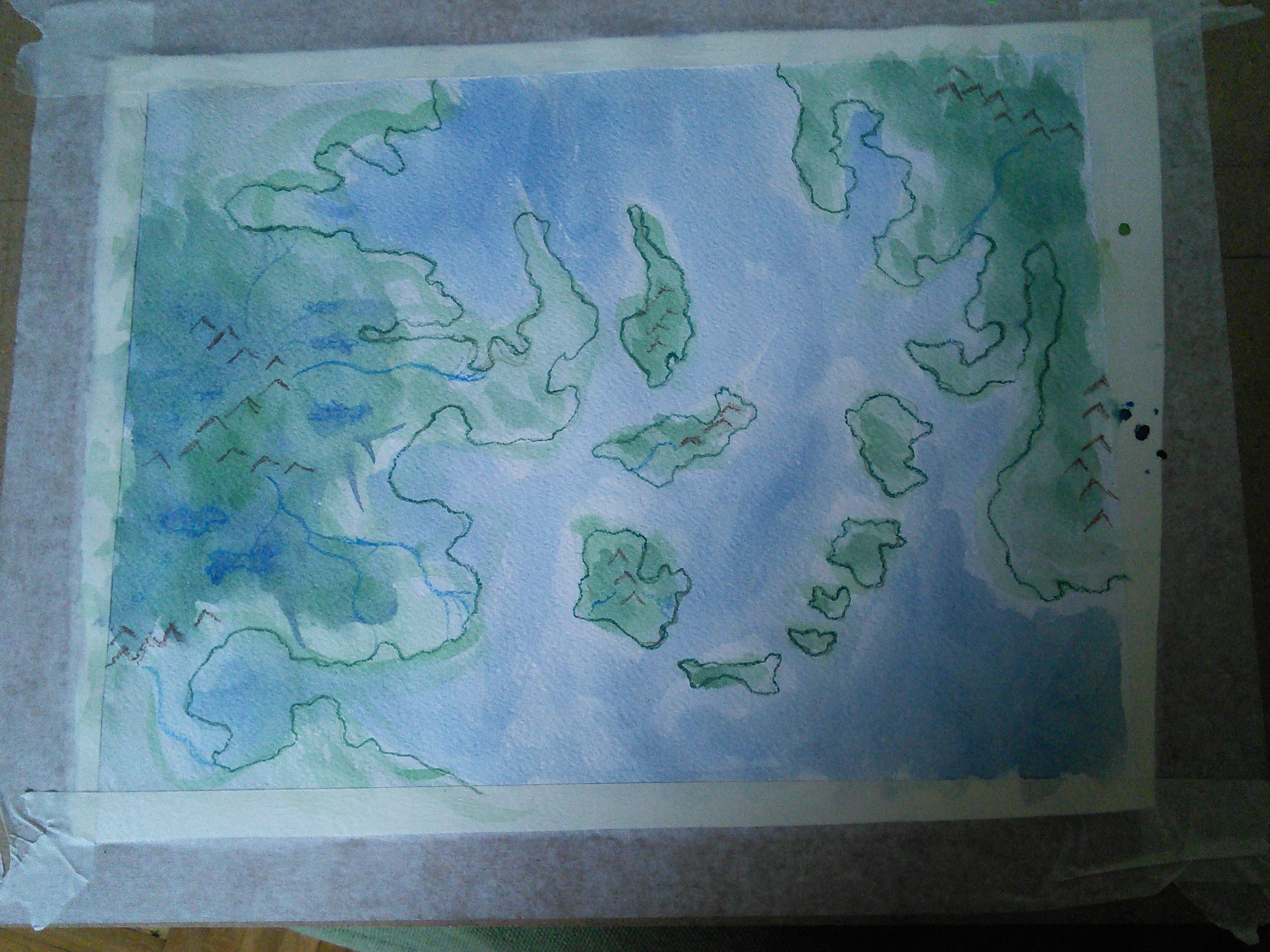 Mmm, watercolours. I should actually shove the image into Gimp and see about actually indicating places on the map… I don’t want to spoil the pretty picture in real life. 🙂

In conclusion:
Word count: 1681
Beverages enjoyed: A glass of red wine
Feeling: Better than I was when I started today! Oh Nanowrimo, I’d missed you so.

Now for some more novelling. I want to get Chapter 1 done today.