At my writing group meeting last Friday, we had a pretty cool poetry exercise: using literal English translations of poetry originally written in other languages, we had to transform the translations into our own poetry, or make the literal translation more “poetic”. Since I’m rather pleased with what I came up with, I thought I’d share my efforts here.

The literal translation I worked with is based on the Romanian poet Nichita Stănescu’s poem “Emoţie de toamnă”, translated by our Romanian group member as “Emotion in autumn”. (ETA: the group member in question is Marlena Bontas, who, among other things, writes awesome poetry.) Here is the original poem in Romanian. Even though I know French, Spanish and a bit of Latin, it’s not enough to open up the Romanian for me – so the poem below is based entirely on the literal English translation we had at our meeting. It’s pretty close to the translation, but I’ve put my own spin on it. It turned out quite a “me” poem in the end, methinks.

Autumn’s arrived –
draw a veil over my heart,
send a tree’s shadow to cover me,
or send your shadow.

Sometimes I’m afraid I won’t recognise you,
that I’ll grow bat’s wings and take to the sky,
that you will hide in a stranger’s eye
which will close, lidded by a wormwood leaf.

But then I reach the standing stones
and fear leaves me, speech leaves me.
I take these words and drown them in the sea.
Newborn, wordless, I whistle to the moon,
transform it into a crescent of love.

I was reading a book relevant to my PhD research yesterday, and happened upon the delightful name Gabriel Gostwyk. He was some dude in 17th-century England who may have owned an alchemical manuscript.

In the silly poem that crept out of my pen inspired by his name, however, he became something more sinister. I will share it here because it’s silly. Thursday silliness!

He Does What He Likes 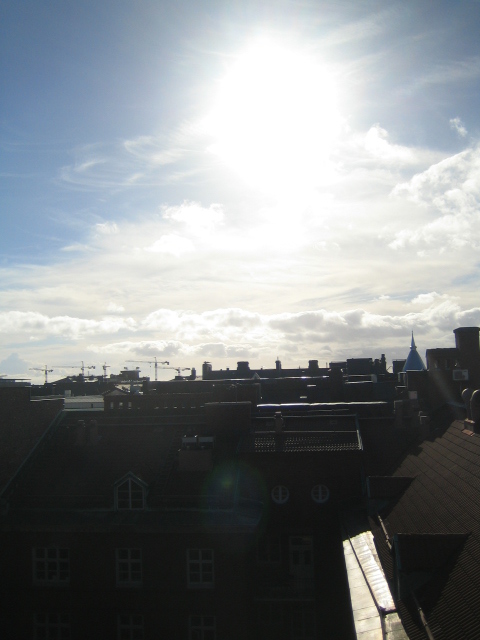 I’m not participating in NaPoWriMo (National Poetry Writing Month) in any official way, but I have set myself a writing goal for April: to write something new every day, whether it’s poetry or prose. Shitty or good, three words or three thousand – it doesn’t matter, as long as I write something.

The first three days, it’s been poetry. I’ve opened up something in myself again – poetry feels easy as breathing right now. It’s not always good poetry, of course not; but then again, not every breath you take is amazing. Sometimes you don’t breathe deep enough, sometimes you inhale someone’s cigarette smoke. But every breath means you’re alive.

Same with poetry (and other writing too): in first/zero drafts, there will be shitty lines, unfortunate word choices, ideas that just don’t work. Some of the problems can be eliminated when editing, and sometimes a poem just isn’t meant to go further than the initial word-blargh. But it’s all writing, and that makes it valuable. When I write, when I’m all a-flutter with word-wonder, it’s worth all the stilted sentences and unviable ideas, as long as I keep on going. All that is gold does not glitter in the first draft!

I’m going to share today’s poem here because it’s just a silly little thing, born out of my frustration at the changeable weather. It’s also a homage to those two famous April poets: Geoffrey Chaucer and T.S. Eliot. April invariably makes me start quoting The Canterbury Tales and The Waste Land to myself. 🙂

April, you old trickster
pouring rain-sleet-snow
long after we thought
we were done with all that –
no shoures soote these!
You batter us with change,
teasing us with dreams
of sun-warmth and spring

and then, cackling,
you pelt us with winter’s
foulest leftover scraps.
Cruellest month, indeed.

Soon off to celebrate the approaching new year. So here’s my last post of 2013, in the form of a just-written poem. Here’s to a good new writing year in 2014!

What words
to wrap the year in?
How to sing in
the new? Should I end
and begin with ringing
bells in the cathedral-
vault of my days,
or perform the simplest
of fire-magics: light
a candle-flame?

I’ve cast myself
adrift. The new year
is an ocean, and I
am a skiff—
so perhaps, after all,
I’ll end and begin
the old year and the new
with a charm
against
storm-winds, rough weather.

Slept late, read a wonderful book for two hours, went for a walk. A poem rushed out, and I thought I’d share it here:

I can’t see my future, the coming years are hidden
but in this moment the sun’s
shining on me, the sky’s coloured
with promises. The night cold has faded,
the path’s filled with snowbroth –

I wade in spring, the ice cracks under my boots
water welling beneath. My smile
of satisfaction, my wet socks:
it’s like my first spring in Finland
when I learnt the magic
of ice to water

in our garden,
when I crushed ice into shards of the past.

(Snowbroth is among some delicious words I want to start using.)

Am on sick leave today because the wretched remnants of illness still lingered this morning. My New Year’s Eve was spent with a fever; I was so out of it that I was extremely content to be alone, and toasted the new year with a cup of peppermint tea. I’ve been under the weather ever since. But since I feel okay right now (finally, an appetite and less nausea!) I’m hoping that I’ll be fully well again tomorrow.

Anyway. Due to being alone on NYE, I was able to start off the year with a poem. Nice. Wasn’t a good one, but it was good to write.

Today I’ve been trying to get back into a specfic-ish story (well, novelette, really) that I started back in December 2010. It’s got potential, I think. I need to finish the actual plot and then get to editing.

But so far I’ve been too tired and headachy to get into the novelette. Bleh. Instead I decided to do a poem challenge from Joseph Harker’s delightful blog (I’ve been reading through the archives. Damn, that man is a talented poet!).

The basic premise of this particular prompt is to create a little series of “poemlets”, like charms on a bracelet. See the original post for the full instructions. I chose seven of Joseph’s themes (childhood memory/linguistic beauty/keeping a secret/romantic encounter/discovering laughter/life goal/telling the future) and started playing. Here are the extra elements (quoted from his blog post):

Anyway, this is an experiment that I’m unlikely to end up submitting to be published, so I thought I’d share it with my readers. 🙂

[I would’ve wanted the roman numerals to be on the same level as the first line of each charmlet, with the rest of the stanza indented, but apparently that’s beyond my html skills and I’m too tired to figure it out now. So have this version, with the numerals above. /end perfectionism]

i.
sticky summer, eating watermelon
by the bucketful, the richness
of it, like gobbling down
soft tourmalines

ii.
peeling back the centuries
to Caedmon’s hymn
I shiver
at the reconstructed sounds,
the stark vowels
humming down in my throat

iii.
Scorpios keep secrets well, they say.
Perhaps I do, although I toss
horoscopes down the drain.
After all, some secrets I kept
for years.

iv.
when I first met you,
and You, and YOu, and YOU,
my heart didn’t know
what wonders were ahead
on this winding road
leading downriver

v.
That summer I learnt to laugh again.
The grass seemed greener
than heaven, as I sank down
onto the malachite bed
prepared for me
by nature –
that moss-fingered mother.

vi.
Oh – to struggle for it
and grasp it too! No fear
(no fear); just the blossoming woods
of my work: beauty written
down onto each petal…
dare I? dare I?

vii.
If
I could
reach down into my soul,
grasp a surety beyond the shoal
of slippery wishes, and see
my future before me –
if I could,
would
I?